This year, Everence was pleased to partner with Mennonite Schools Council which also met at the gathering, bringing many staff leaders and board members from educational institutions. 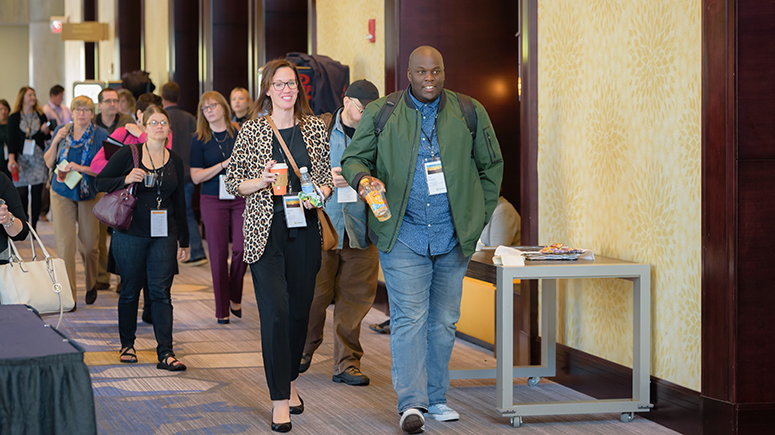 “We’ve been holding this conference for 20 years to support our significant partnerships with nonprofits and faith communities that want to inspire generosity, fund their missions and learn the best tools to help donors,” said Bill Hartman, Vice President, Organization and Congregation Services, who led the conference planning team.

The gathering began with a preconference session on self-care for fundraisers led by Dave Warren, Everence Vice President National Markets, and Les Horning, Donor Relations Specialist, Mennonite Central Committee. Sharing what keeps them up at night, attendees named their top stressors, including asking donors for a gift, finding a mentor and not be able to control outcomes of their efforts.

Another high point of the conference was Story Slam, when four people shared meaningful stories from their organizations, including:

"We already look forward to offering this conference again in 2021,” said Hartman. “Everence wants to do everything it can to help equip and inspire fundraisers and leaders who are passionate about long-term sustainability for their mission-driven organizations.”