Update: Office closures and a message from our CEO about COVID-19 preparedness.
This site is optimized for IE 11 and above. If you are using IE 10 or below, please consider upgrading your browser. 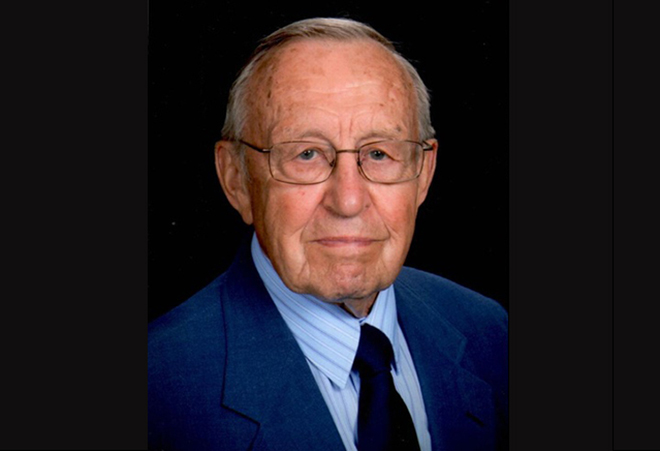 In all the roles James D. Kratz fulfilled as a Mennonite mission worker, administrator and stewardship leader, he sought to serve those in need and to pray for and mentor each person on his path.

His family and friends say this is the servant-hearted legacy of Kratz, 88, who died on Thursday, May 4, at Greencroft Healthcare in Goshen, Indiana.

This legacy shaped his entire life journey. Kratz was born Sept. 11, 1930, in Souderton, Pennsylvania, to Walter and Hilda (Derstine) Kratz. In 1951, he moved to La Junta, Colorado, to be leader of a Volunteer Service group, where he met his wife Dorothy A. Schrock, who was in nurse's training. They married June 4, 1953.

From 1961 to 1967, Jim and Dorothy lived in Chaco, Argentina, where they worked on Bible translation and provided pastoral and medical care to the Toba/Qom communities scattered throughout the province.

MBM especially appreciated the article he wrote together with Jacob Loewen and Albert Buckwalter – "Shamanism, Illness and Power in Toba Church Life." It continues to be a useful resource for the wider church.

In some of the early writing about the ministry in the Chaco, Kratz also contributed reflections about stewardship, noting the generosity of indigenous Christians in sharing offerings from the proceeds of rows of cotton.

Green writes, "Those were significant years of development of the ministry in Chaco, and the work invested in biblical materials in indigenous languages and the support of emerging leaders continues to have an impact today in the life of the indigenous evangelical churches of the Chaco. We thank God for Jim and join you in rejoicing for a life lived for God."

In 1974, following his tenure at MBM, Jim began working at Mennonite Mutual Aid (MMA), now known as Everence® – a relatively small organization at the time, with just 59 employees. Until 1992, Jim worked as an Office Manager, later as Executive Vice President and then as President from May 1986 through December 1991.

During his more than 17-year tenure, Jim led MMA through periods of major growth and financial crisis – including the difficult period from 1987 to 1988 when MMA lost several million dollars due to rapidly escalating health claims. Jim guided the organization during that tumultuous time with steadfastness and grace, leading MMA to emerge in a position of financial strength.

Upon his retirement from MMA, Jim believed that the organization’s strongest asset was its link to the church. “That is where we find our direction and correction,” he said in a 1991 MMA article. “It keeps us on course as we try to carry out our mission.”

However, his retirement did not signal a change in Jim’s commitment to serving others. The 1991 MMA article stated that that those who knew Jim expected him to remain active in his work with the church – and to continue rooting for his beloved Chicago Cubs.

“Jim was known as a servant leader who cared deeply about his colleagues and employees,” said Ken Hochstetler, President and CEO of Everence. “Our organization is stronger today because of Jim’s influence.”